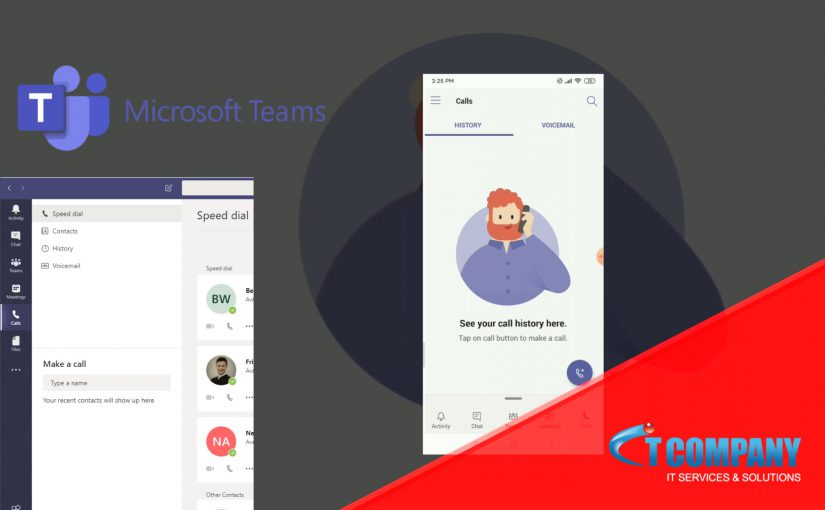 Users who want to listen to recordings fromÂ previousÂ Microsoft Teams callingÂ should not wait too long, according to the firm.Â

Microsoft previously announced that the video conferencing service will destroy call records after a certain amount of time if customers did not do anything with them, such as download or listen to them.

The business has now stated that this time limit will be set at 60 days, meaning that customers will have only a few weeks to engage with the recordings they require, or risk losing the files forever.

According to Microsoft, the 60-day restriction was established because the firm discovered that most meeting recordings are never watched again once they had passed the 60-day mark.

Users and administrators can still alter the default expiration date, albeit it will not be available right away.

Microsoft Teams announced plans to start automatically recording all calls in June 2021, replacing a previous procedure in which users had to opt-in to call recording.

Organizations who need to record meeting interactions to comply with industry rules or local legislation may find this feature particularly valuable.

Meeting participants are notified that the meeting is being recorded with a warning shown at the start of the call, with the recording accessible to download and listen to once the conversation has concluded.

Teams’Â managers can now configure meeting recordings saved on OneDrive andÂ SharePointÂ designerÂ to expire automatically, according to a new upgrade from Microsoft.Â

The feature, which will be available in September, will allow admins to create a default Teams policy setting on automatic deletion, though they will be able to change the default meeting recording expiration time via a setting in the Teams Admin Portal or by editing policy attributes using PowerShell scripts.

Microsoft Teams will be able to compete with rival services like Zoom, which has enabled call recording (and call deletion) for some time.Â 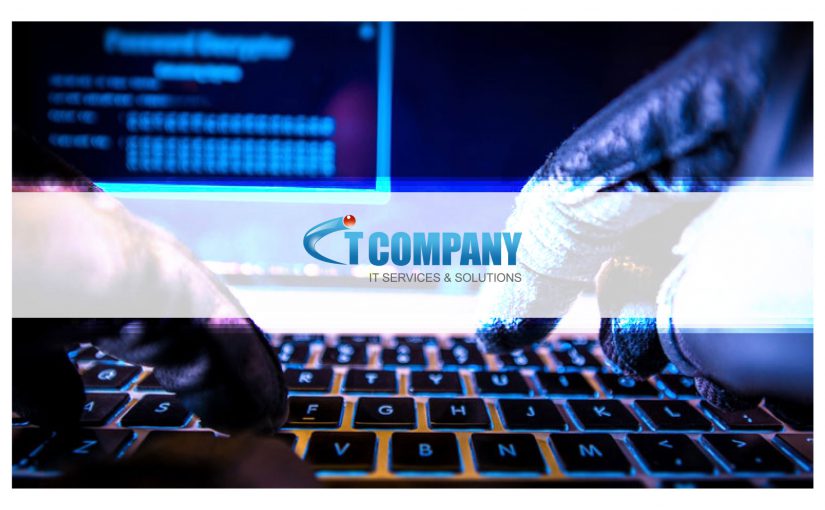 Windows Hello uses a user-generated PIN, a fingerprint scanner, and a face recognition technology to authenticate users. The researchers at CyberArk focused on the system’s face recognition capabilities, but flaws were identified in other areas as well.

A camera with both RGB and infrared sensors is required for the facial recognition capability. However, CyberArk’s researchers noticed that throughout the authentication process, only frames collected by the infrared sensor are used, which is where their vulnerability comes in.

According to CyberArk, the weakness “allows an attacker with physical access to the device to influence the authentication process by taking or reproducing a photo of the target’s face and then injecting the faked photos to the authenticating host via a custom-made USB device.”

Only two frames are required for the attack to work: one legitimate infrared frame of the target and at least one RGB frame containing virtually anything else. “The RGB frames we transmitted were photos of SpongeBob, and to our amazement, it worked!” the researchers claimed in one test.

These vulnerabilities have the potential to cause significant problems for Windows Hello users. That’s a significant market: “The number of customersÂ utilizingÂ Windows Hello to signÂ in toÂ Windows 10 devices instead of a password rose to 84.7 percent from 69.4 percent in 2019,”Â MicrosoftÂ reported in December 2020.Â

The firm didn’t say how many Windows Hello users utilize face recognition vs how many use a fingerprint scanner or just use a PIN, but with 1.3 billion Windows 10 users, even a tiny proportion may harm millions of computers.

On July 13, Microsoft issued a fix for this vulnerability. At Black Hat 2021, CyberArk aims to share further details about the exploitâ€”as well as the mitigations contained in the patch.Â 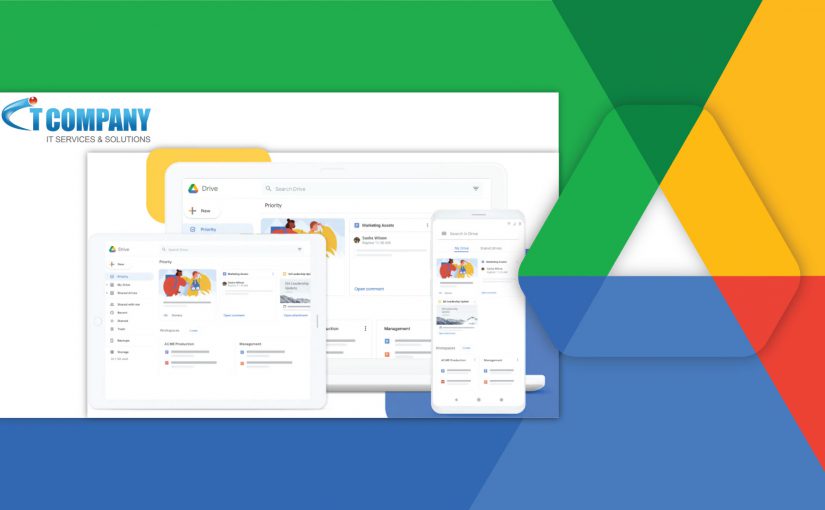 GoogleÂ announced plans to migrate customers of its consumer file syncing desktop service, Backup and Sync, to a new unified software dubbed Drive for desktop, which would be available to both consumers and businesses.Â Â

Google aims to begin onboarding customers onÂ July 19th, 2021, andÂ advises users whoÂ utilisedÂ Backup and Sync to convert by the end of September to avoid being locked out on October 1st.Â

Users of Backup and Sync will have to switch to the newÂ programmeÂ (which is a rebranded version of Google’s enterprise file syncing software), but Google claims that business clients who already use Drive File Stream (aka Drive for desktop) should be OK.Â

The objective of combining the applications, according to Google, is to create “a robust and unified sync client” that combines the best features of both consumer and corporate services, making it easier to use and administer for IT professionals. It’s also a reversal of Google’s perplexing move in 2017 to divide Google Drive on desktop into two applications.Â

Anyone who has used Google’s prior services should be familiar with the desktop Drive client, according to Google’s blog post detailing it. Drive will provide you quick access to cloud-based files and images, and it will sync your files in the background so they’re always up to date.Â

The software, according to Google, can sync external storage devices like as flash drives to Drive, mirror data between Drive and local files on your desktop computer, and allow you to select whether to keep individual images and movies in Drive or Google Photos.Â

Cloud backupÂ and Sync will provide a guided path to help customers move to Drive for desktop on July 19th, 2021.Â

On August 18th, 2021, customers who are still using Backup and Sync will begin to get in-app alerts encouraging them to upgrade to Drive for desktop.Â

After October 1st, 2021, any users who are still using Backup and Sync will be unable to login in. Users will need to switch to Drive for desktop to continue syncing with Drive and/or Google Photos.Â

If you’ve been looking for a good reason to join the Edge InsiderÂ programme,Â MicrosoftÂ has just given you one. The newest Dev and Canary releases of the desktop version of the browser contain a feature-packed new sharing menu, which is always an intriguing peek into the future.Â

Microsoft is working on adding a new Share menu to Edge,Â similar toÂ the sharing options seen inÂ iOS andÂ Android apps. It makes it simple to share links with others (or yourself), as well as post them to social networking platforms and other websites.Â

The new share menu may be reached by choosing the… menu and then selecting Share on Windows and macOS. From there, you may share a link using a variety of applications, including Outlook, Gmail, LinkedIn, Facebook, Twitter, and WhatsApp. More services will be introduced in the future, according to Microsoft.Â

The Share menu also has a fast shortcut for copying the current page’s address to the clipboard, which you can paste into any document or programme. The native share menus in Windows and macOS provide access to additional sharing options.

MicrosoftÂ emphasizesÂ that the sharing choices aren’t limited to sharing links with others; you can also share links with yourself. You may add Outlook andÂ Gmail email addressesÂ to the fast access menu, allowing you to send yourself a link in just a few clicks.Â

You may join the Edge Insider programme if you want to try out this feature and get a sneak peek at additional cool features before they make it into the regular version. 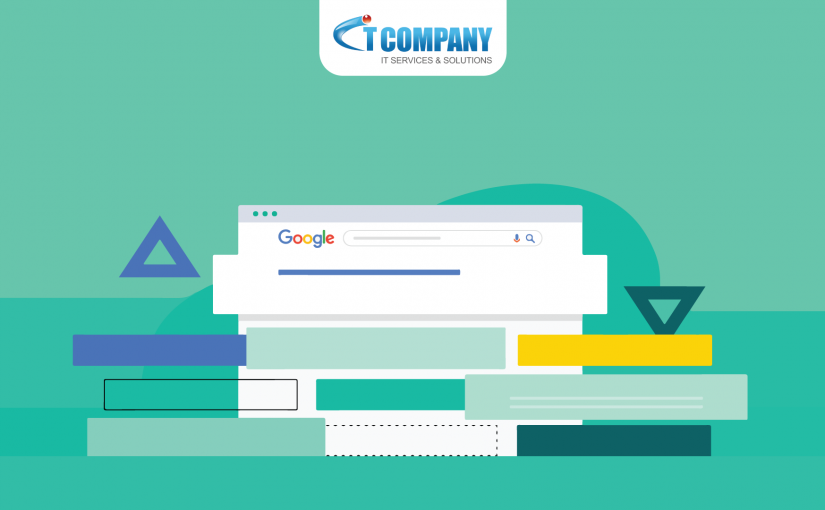 The notification will first show on English-language results from the United States “when an issue is fast emerging, and a variety of sources hasn’t yet weighed in.” In the following months, Google will expand the tool’s availability to other areas.

â€śWhile Google Search will always offer the most useful results we can,â€ť the firm notes, â€śsometimes the trustworthy information you’re looking for isn’t online yet.â€ť â€śThis is especially true in the case of breaking news or developing issues, when the initial information released may not be the most reliable.â€ť Following up on a tweet from Stanford Internet Observatory researcher Renee DiResta, Recode reported on the feature yesterday.

The term “ufo videotaped travelling 106 mph” appears in a Google search screenshot, which appears to be a reference to a recent tabloid report concerning a 2016 UFO incident in Wales. (At the moment, that specific search result does not carry the warning.) â€śSomeone had a video of a police report published in Wales, and it garnered some news attention. But there’s still not a lot of information out there,â€ť Google public liaison Danny Sullivan told Recode. â€śHowever, we can tell it’s starting to trend because people are definitely looking for it and may be posting about it on social media. We can also see that there isn’t a lot of particularly good material available. We also believe that fresh material will become available.â€ť

(Data gaps, or terms with limited search results that can be readily hijacked by unscrupulous actors, can aggravate this.) This warning isn’t guaranteed to prevent harmful information from appearing, andÂ it’sÂ unclear how Google judges what constitutes a wide range of sources.Â However, it has the potential to eliminate some of the illusory legitimacy that early, inaccurate search results may gain from high Google placement.Â